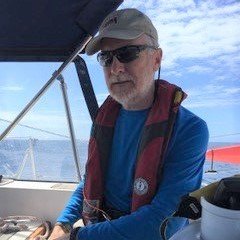 Michael Devany is the co-founder of The Oceans 360 Group, providing executive level operational and strategic perspectives and capability in the marine science and leadership realms to private and public sector engagements.  He is an acknowledged leader and subject matter expert who supports a range of clients focusing on marine operations, the marine environment, resource conservation and management, and ocean related scientific and technical domains.

Vice Admiral Devany last served as the Deputy Under Secretary for Operations at the National Oceanic and Atmospheric Administration (NOAA), and was NOAA’s chief operating officer. VADM Devany was responsible for the day-to-day management of NOAA’s national and international operations for oceanic and atmospheric services, research, and coastal and marine stewardship. He was the key advisor to the NOAA Administrator on program and policy issues.  Admiral Devany previously served as the Director of the Office of Marine and Aviation Operations, and of the NOAA Commissioned Corps.   As the Director, Admiral Devany was responsible for the safe, efficient and effective operation of the NOAA ship and aircraft fleet. He oversaw NOAA’s multi-purpose oceanographic, fisheries, and hydrographic survey vessels and aircraft that operate across the globe in support of the program requirements of NOAA.  Admiral Devany has served on multiple NOAA research ships, of which he commanded vessels operating in the Pacific and in Alaska.  Admiral Devany began his career as a Surface Warfare Officer in United States Navy. While in the Navy, he served as a surface warfare officer aboard the destroyer USS John Young (DD-973) in the Pacific and the Persian Gulf.

Michael received a bachelor’s degree from the University of Washington in biology, a master’s degree from the University of South Florida in environmental health, and a master’s degree from City University in project management.  He is a former NOAA diver, and holds a United States Coast Guard Master 1,600/3000 gross-ton, Oceans license.  Admiral Devany retired from NOAA in April 2016 and is active in his communities of interest, fisheries and veterans.  Michael his wife Tracy Bishop split their time between their ranch in the Methow Valley and Seattle, and is the proud father of three boys, Brendan, Kieran, and Colin.