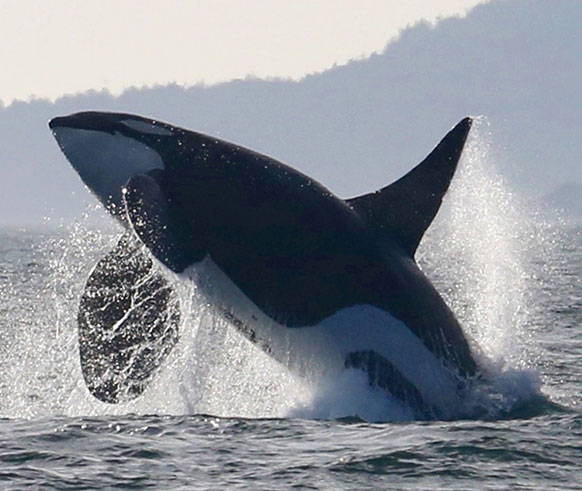 Southern Resident Killer Whales to Benefit from More Than $700,000 in New Grants

SEATTLE (November 14, 2018) –The National Fish and Wildlife Foundation (NFWF) today announced $742,000 in grants to help stabilize and recover the endangered Southern Resident Killer Whale population through projects on the Skagit and Snohomish rivers, around the San Juan Islands, and throughout the Salish Sea. The grants will generate just over $1 million in matching contributions for a total conservation impact of more than $1.78 million.

“While I have not yet received the official recommendations from the Southern Resident Orca Task Force, I have no doubt that the grants announced today are a positive development,” said Governor Jay Inslee of Washington. “One of the clear challenges facing orcas is smaller salmon runs leading to less available prey, and these projects seek to reverse this decline and provide a healthier future for Southern Residents.”

The 74 Southern Resident killer whales prey on salmon and other fish, but especially prefer Chinook salmon. The six grants announced today support projects to increase the production, survival, and size of Chinook salmon from runs that NOAA Fisheries and the Washington Department of Fish and Wildlife have identified as critical to the Southern Resident killer whales.

“Saving this apex species is an ‘all hands on deck’ situation, as the Governor’s task force has made clear,” said Jeff Trandahl, executive director and CEO of NFWF. “It is only through partnerships supporting a comprehensive approach to conservation that we will be able to reverse the decline of this iconic species of the Pacific Northwest.”

These projects include extensive monitoring to learn how fish hatcheries can best produce the largest salmon when and where the whales most need it, while also protecting wild populations from genetic risks. Projects also include habitat restoration to increase rearing habitat for juvenile fish and carrying capacity for the prioritized Chinook runs, some of which are also imperiled by habitat loss and other factors.

“We are extremely grateful for the support of NFWF and our other partners in funding these critical efforts to improve the health of Southern Resident killer whales over the short and long term,” said Scott Rumsey, Deputy Regional Administrator of NOAA Fisheries’ West Coast Region. “The status of the Southern Resident population is critical, and we all must double down on our efforts to recover these whales and repair the ecosystem they depend on. These grants will advance critical monitoring to better understand how we can improve prey availability in the near term, while also investing in habitat restoration and protection needed for the sustainable recovery of the Southern Residents and the greater Salish Sea ecosystem.”

The KWRCP also supports cutting-edge science, including genetic research, acoustic monitoring and vessel surveys. This research will provide managers with the information and tools they need to help killer whales overcome the threats of pollutants and contaminants in the water, noise, vessel traffic, and lack of prey.

“Focusing on both population and habitat protection is crucial in the recovery of these killer whales. Through these partnerships, and the programs they support through the KWRCP, we are able to address the most critical issues facing this population,” said Dr. Christopher Dold, chief zoological officer for SeaWorld. “Conserving oceans and protecting the animals that live there has been at the core of SeaWorld’s mission for more than 50 years, and we’re honored to continue to support these vital conservation efforts.”

Southern Resident killer whales were listed as endangered in 2005, and NOAA Fisheries has highlighted the population as one of eight national “Species in the Spotlight ,” at greatest risk of extinction. While the population of Northern Resident killer whales in British Columbia, which also prey on salmon, is healthy and growing, the 74 Southern Residents have fallen to their lowest number in more than 30 years. The Killer Whale Research and Conservation Program works to understand why the population has failed to recover and takes steps identified in the recovery plan to bring this population back from the brink.

“We are proud to be part of this collaborative effort through the National Fish and Wildlife Foundation to support regional research and conservation efforts aimed to support the recovery of a species that is iconic to the Salish Sea and the cultural heritage of the Pacific Northwest,” said Shirley Yap, Puget Sound Refinery General Manager, Shell Oil Company.

A complete list of the 2018 grants made through the Killer Whale Research and Conservation Program is available here.

For more information about the Governor’s Task Force, please see this link.

About the National Fish and Wildlife Foundation
Chartered by Congress in 1984, the National Fish and Wildlife Foundation (NFWF) protects and restores the nation’s fish, wildlife, plants and habitats. Working with federal, corporate and individual partners, NFWF has funded more than 4,500 organizations and generated a conservation impact of more than $4.8 billion. Learn more at www.nfwf.org.

About NOAA Fisheries
NOAA Fisheries is responsible for the stewardship of the nation’s ocean resources and their habitat. We provide vital services for the nation: productive and sustainable fisheries, safe sources of seafood, the recovery and conservation of protected resources, and healthy ecosystems—all backed by sound science and an ecosystem-based approach to management. Find out more at www.westcoast.fisheries.noaa.gov.

About SeaWorld Entertainment, Inc.
SeaWorld Entertainment, Inc., supports two initiatives at the Foundation that focus on coastal and marine resources, the Killer Whale Research and Conservation Program and the Ocean Health Initiative. The Killer Whale Research and Conservation Program funds efforts to advance the knowledge and conservation of killer whales with a primary focus on activities that aid in the recovery of the Southern Resident killer whale Distinct Population Segment (DPS) and the Northern Pacific Resident population. The Ocean Health Initiative works through other Foundation programs to support a portfolio of projects that bolster the health of threatened marine and coastal species and habitats while engaging communities in these conservation efforts. For more information, visit SeaWorldCares.com.

About Shell Oil Company
Shell Oil Company is an affiliate of the Royal Dutch Shell plc, a global group of energy and petrochemical companies with operations in more than 70 countries. In the U.S., Shell operates in 50 states and employs more than 20,000 people working to help tackle the challenges of the new energy future.

Environmental stewardship is one way Shell has continued to share benefits with communities over the past 100 years. Since 1999, Shell has focused our partnerships with many organizations in the U.S. to protect more than 13 million acres of wetlands, clean and remove 600,000 pounds of debris from shoreline, and conserve more than 1.8 million acres of critical habitat. 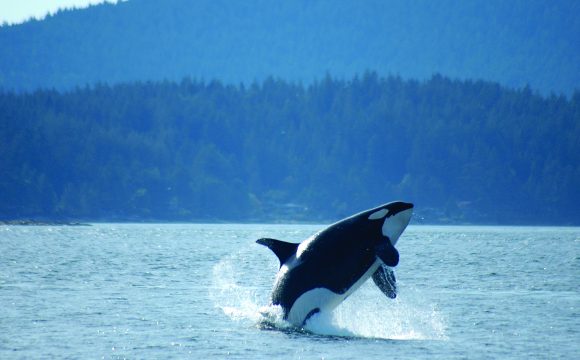 Fighting for our Killer Whales 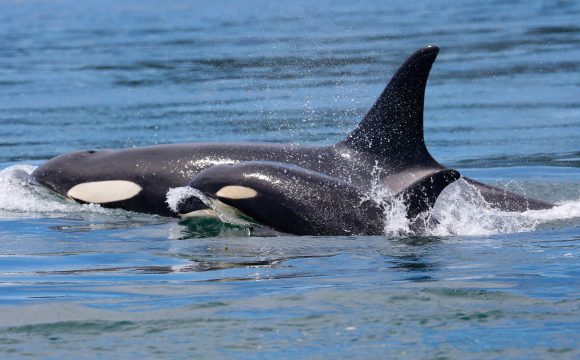 Fighting for Survival in the Salish Sea