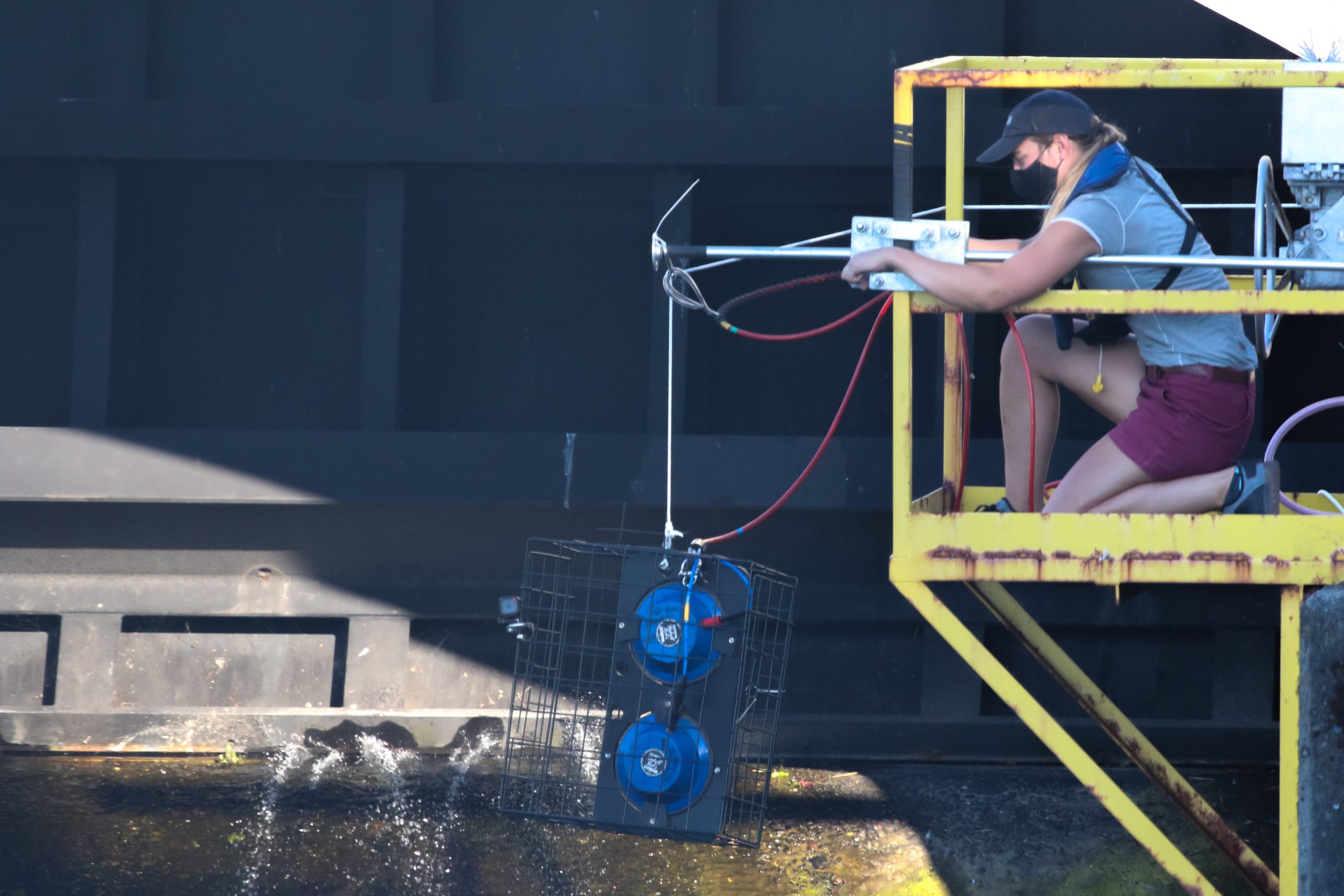 New device may keep seals away from the Ballard Locks, giving migrating salmon a better chance at survival

A group of partners working to improve salmon stocks have deployed a newly developed device on the west side of the Ballard Locks that uses underwater sound to keep harbor seals away from this salmon migration bottleneck. If effective, the device may help salmon populations in jeopardy by reducing predation without harming marine mammals.

The U.S. Army Corps of Engineers and Oceans Initiative, with support from Long Live the Kings, University of St Andrews, Genuswave, Puget Sound Partnership, Washington Department of Fish and Wildlife, Muckleshoot Indian Tribe, and other partner organizations have deployed a Targeted Acoustic Startle Technology (TAST) on the west side of the Ballard (Hiram M. Chittenden) Locks. The TAST is intended to keep harbor seals away from the fish ladder allowing salmon to reach the Lake Washington Ship Canal from Puget Sound. Seals and sea lions are known to linger at this migration bottleneck and consume large numbers of salmon returning to the spawning grounds. If successful, the device may help recover dwindling salmon runs, without harming marine mammals.

“We are always looking for new innovations to help the environment,” said USACE spokesperson Dallas Edwards. “We are excited to see the results of this study.”

Every salmon and steelhead originating from the Sammamish or Cedar river must pass through the Ballard Locks twice during its life, once as a young smolt and again as an adult. With limited routes to get through the locks, salmon are funneled through a small area. This makes an easy meal for some marine mammals that use this human-made obstacle to their advantage.

Over the past 50 years, observers have also seen a spike in marine mammals near the locks, compounding the significant habitat declines over the past century across the watershed. This combination of factors has led to the lowest returns of salmon and steelhead in history, resulting in fishery closures and populations on the edge of extinction.

“Everyone at Oceans Initiative is excited to see whether this benign use of acoustic technology can protect endangered salmon, without harming seals,” said Laura Bogaard, who is leading data collection at the Locks. “During the first week of observing with the TAST on, it feels like  the seals have shifted away from the fish ladder compared to observation days when the TAST was off. We are keen to see if this observation is also reflected in our data when it comes time for analysis.”

If the device is effective at reducing the presence of marine mammals at the Locks, it may then be deployed at other locations in Puget Sound, giving resource managers a sorely needed tool to prevent marine mammals from consuming large numbers of salmon and steelhead at migration bottlenecks.

Designed at the University of St Andrews in Scotland, the TAST uses sound to startle animals and induce a flight response, causing the animal to leave the area, with the intention of training the animals to keep away altogether. It produces short sounds that are unexpected and startling, but does not lead to hearing damage, as is often the case for other acoustic methods. This helps to maintain its effectiveness much better over time. Recently, a Scotland-based company, Genuswave, brought the device to market after a number of peer-reviewed articles showed positive results.

Prof Vincent Janik, the Director of the Scottish Oceans Institute and one of the developers of the system remarked: “My colleague Thomas Goetz and I came across this very specific acoustic method after testing many commercially available devices and generally aversive sounds on seals. The reactions in our tests were in stark contrast to the habituation we saw in response to all other sounds. Seals avoided the area of exposure more and more over time, even when freely available food was presented next to the device.”

Marine mammals are notorious for eating fish at the Locks thanks to Herschel, an 800-pound sea lion that, with other sea lions, was a significant factor contributing to the decline of the nearly extinct steelhead population in the watershed. Almost every strategy available, including other acoustic devices, has been used to separate marine mammals from salmon at the Locks, but none have proven successful. While Herschel hasn’t returned to the locks since the 1980s, other sea lions appear annually, and smaller harbor seals are now seen camping in the fish ladder to intercept returning fish.

If the Locks are reopened this summer to the thousands of tourists who visit each year, they may be able to see the device in action or see scientists observing marine mammals in the area. Operation of the device should not affect visitors to the locks.

The effort to deploy and evaluate the TAST at the locks is made possible through a grant from the Puget Sound Partnership to build on the findings from the Salish Sea Marine Survival Project, an international research effort led by the salmon recovery nonprofit, Long Live the Kings and their Canadian co-leaders, the Pacific Salmon Foundation.

Other partners have invested time to make this effort possible including, NOAA Fisheries and the Suquamish Tribe. 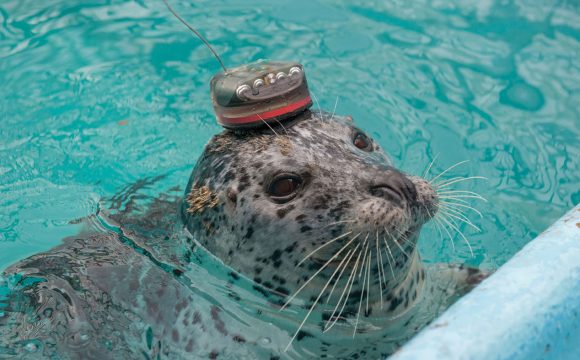