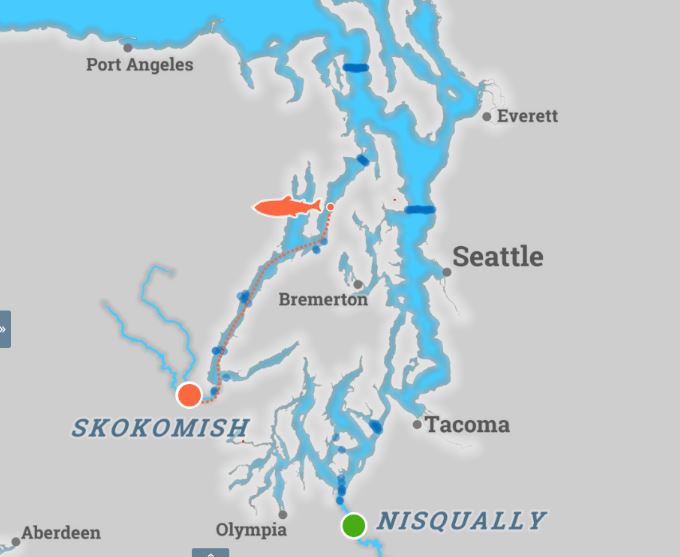 Lisa Stiffler wrote a great piece on salmon and steelhead marine survival and our Survive the Sound campaign.

“Salmon — whether being tossed between Pike Place Market fish mongers or wending their way through the locks in Seattle’s Ballard neighborhood — are one the most iconic images of the Pacific Northwest.

They’re also one of the most threatened.

Since at least the 1980s, steelhead and certain salmon populations have been tanking in Puget Sound. Local steelhead alone have plummeted to less than 10 percent of their historic population size. But many people are unaware that the area’s beloved fish are in such dire straits.

Survive the Sound is a new interactive game that hopes to both educate the public about the salmons’ plight and help save the fish by raising money for essential research and environmental restoration.

“Without salmon, there is no Northwest, there is no Puget Sound and there is no home,” said Michael Schmidt, deputy director of Long Live the Kings, a nonprofit working to protect chinook or “king” salmon, and related fish. The group created Survive the Sound in partnership with Paul Allen’s Vulcan.”

Read the full article on Geekwire! 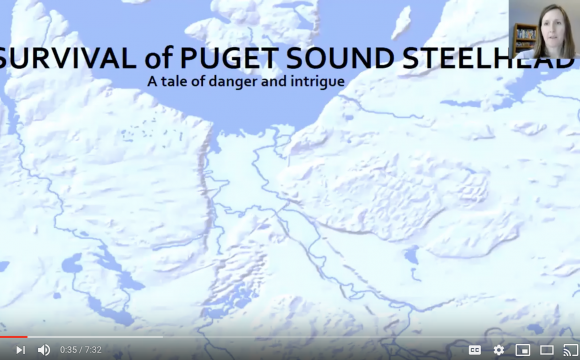 Survival of Puget Sound Steelhead – A Tale of Danger and Intrigue