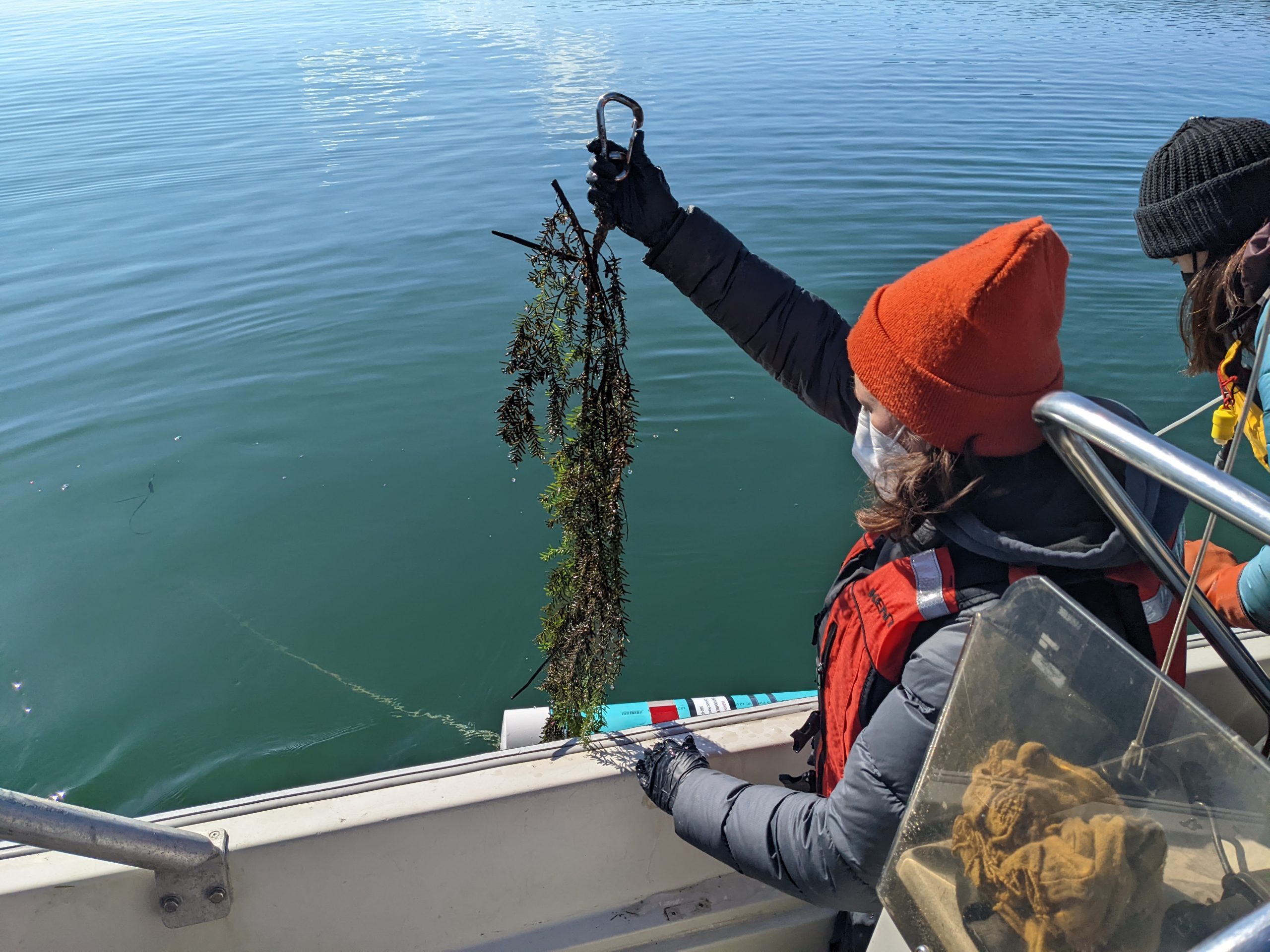 Following major findings from the Salish Sea Marine Survival Project about the important connections between healthy herring and salmon populations, Long Live the Kings is working with Tribal and other partners on methods to study and recover declining Puget Sound herring stocks. Because the loss of eelgrass and kelp beds has degraded herring spawning habitat, the Nisqually and Port Gamble S’Klallam Tribes are testing traditional techniques used by Indigenous coastal people to encourage herring spawn by sinking evergreen trees in nearshore areas. More forage fish, such as herring, helps salmon survival by providing both a nutritious food source for young salmon, and alternative prey for birds and mammals that otherwise feed on juvenile salmon themselves. Read on for an excerpt from our funders at the SeaDoc Society about the ecological and cultural importance of herring and what we’re hoping to learn from this project. Find the full article at the link below.

Herring spawning stock has been in decline for decades and the concurrent lack of diverse spawning sites could have big implications on the Puget Sound and Salish Sea ecosystems. It’s an issue in urgent need of attention and action.

“Elders here talked a lot about the magic in January and February, that when the herring came into the bay to spawn, the whole world woke up, with salmon coming in to eat the herring, ducks, marine birds and many other fish. It was a very big deal,” he said. “Now the herring in Port Gamble Bay are a very small fraction of what they used to be, which is likely a major issue for the crisis in salmonid stocks here in Puget Sound.”

With salmon and herring so inextricably linked in the food web, recovering salmon and the Southern Resident orcas that rely on them is directly tied to the recovery of herring.

“We launched the Salish Sea Marine Survival Project with our partners at the Pacific Salmon Foundation 10 years ago because we knew that there were major unanswered questions about which factors were limiting early marine survival for Salish Sea salmon,” said Jacques White, executive director of Long Live the Kings. “The finding that herring stocks were so important for salmon growth and survival has led us to focus on these herring recovery efforts with our Tribal partners as a critical piece for salmon and the Puget Sound ecosystem.”

Read the full article from the SeaDoc Society.