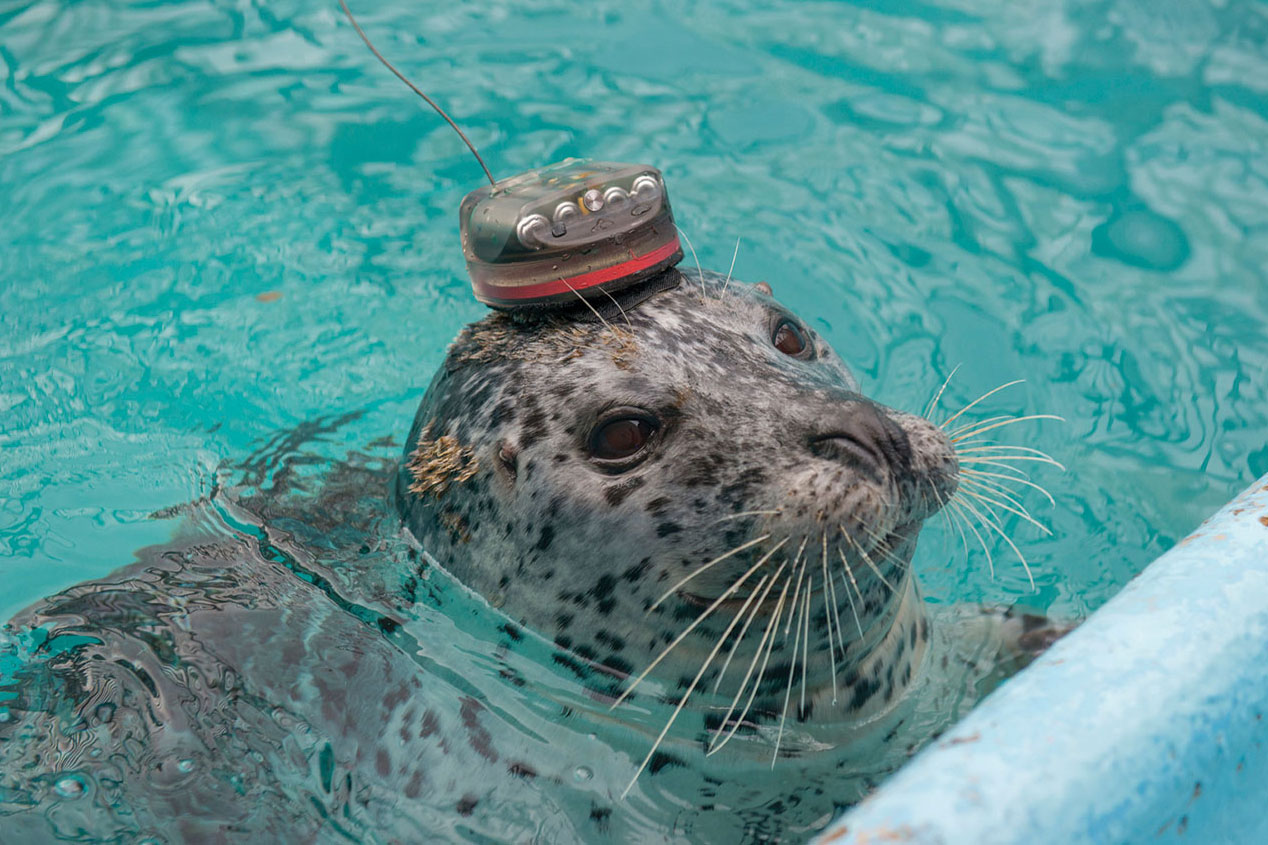 Salmon are an important part of our life and diet, but we share this resource with many other species. Birds, seals, sea lions, bears, porpoise, whales, and other fish all depend on salmon for a portion of their diet. With salmon and steelhead populations at risk, many people are asking if too many mouths are at the salmon buffet.

In Puget Sound and the Strait of Georgia, Long Live the Kings and our partners are looking at the whole ecosystem to figure out what’s killing young salmon and steelhead on their migration through Puget Sound. In some cases, as few as 10% of the fish survive to reach the Pacific Ocean. Scientists refer to this problem as high juvenile marine mortality.

One aspect of our research considers whether salmon predators are contributing to high rates of juvenile marine mortality, but we’re finding that the story is much more complicated. Interestingly, human harvest of salmon isn’t a significant factor in the case of high juvenile marine mortality because humans aren’t allowed to harvest juvenile salmon and steelhead. That’s not to say that humans aren’t a major factor contributing to these salmon deaths. There is evidence to suggest that human activity and decisions are driving a number of problems: limited prey for young salmon, a lack of estuary habitat, contaminants, and disease.

Humans have even facilitated the increase in marine mammals through the passage of the Marine Mammal Protection Act. This important law has worked well to protect many marine mammals from harassment and death, but people are wondering if it’s worked too well for some species.

Current research suggests harbor seals are eating many salmon. In Puget Sound alone, the harbor seal population has increased three-fold since the 1980s, a time when our salmon survived at much higher rates (Jeffries et al. 2003). While we are still working to better understand their impact on salmon recovery, initial studies suggest seals and sea lions may be consuming two times as many Puget Sound salmon as are caught by humans, with seals being the primary consumer (Chasco et al. 2017).

If a seal boom is contributing to the further decline of already-threatened salmon and steelhead populations in Puget Sound, we need to answer more questions to address the problem. How many seals should there be? What should they be eating? Who’s eating them, or isn’t eating them? Are there factors that make it easier for these predators to hunt salmon? While we don’t have complete answers to these questions, and continued research is absolutely critical to making thoughtful decisions, our work has uncovered some new ideas which give us options to start investing in solutions.

Transient killer whales are the primary predators for seals and they have been spending more time in the Salish Sea (Puget Sound, Strait or Georgia, and Strait of Juan de Fuca). Estimates suggest that transients eat about 1,090 seals from the Salish Sea each year. Their presence is helping to naturally control seal populations. Reducing noise pollution, contaminants, vessel collisions and preventing oil spills will help ensure that our waters are safer for these whales.

A number of factors may also make salmon and steelhead predators more successful.

Long Live the Kings and our partners are working to address these factors, which could give salmon and steelhead a better chance of avoiding predators and making it to the Pacific Ocean.

Our research and approach to recovery looks at the big picture to implement lasting solutions that restore our ecosystem – an ecosystem that will thrive if given the chance. This approach requires thorough planning, considerable funding, and cooperation from others. But, if we’re going to save salmon and steelhead, we’re going to need to restore our ecosystem, and that starts by understanding it better. 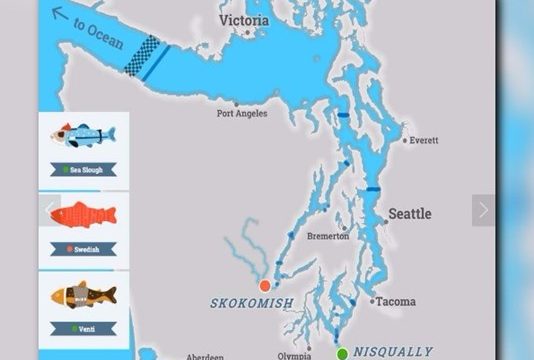 Sponsor, track steelhead as they make trek to Pacific (King 5)